MADISON, Wis. – The Wisconsin Department of Justice (DOJ) Division of Criminal Investigation (DCI) is investigating an officer involved shooting (OIS) in Kenosha, Wis. that occurred on the morning of Saturday, August 8, 2020.

The morning of Saturday, August 8, Kenosha Police Officer Justin Pruett, who has 2 years of service, responded to the 4600 block of Sheridan Road to investigate an entry to vehicle complaint and located a subject matching the description of the suspect. During the initial investigation, the suspect produced a firearm and shot at Officer Pruett, who returned fire. The suspect fled the scene.

Officer Pruett was taken to a local hospital after sustaining a gunshot wound to the abdomen. His surgery was successful and he has been released from the hospital.

The identified suspect, Jonathan T. Massey, age 29, was apprehended the night of Tuesday, August 11, 2020 in Gary, Indiana for Attempted 1st Degree Intentional Homicide for shooting of the Kenosha Police officer. Upon arrest, he was found to have previously sustained a gunshot wound to the abdomen, was taken to the hospital for care and subsequently released. He is currently being held in a local jail awaiting extradition.

DCI is continuing to review evidence and determine the facts of this incident and will turn over investigative reports to the Kenosha County District Attorney when the investigation concludes.

Please direct all media inquiries regarding this incident to DOJ. 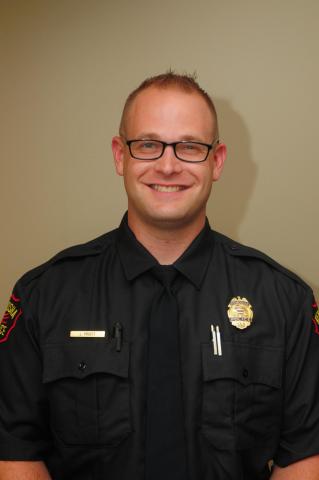