STRONGS PRAIRIE, Wis. – The Wisconsin Department of Justice (DOJ) Division of Criminal Investigation (DCI) is investigating an officer involved critical incident (OICI) in the Township of Strongs Prairie, Wis. that occurred on the night of Tuesday, September 6, 2022.

At approximately 6:51 p.m., an Adams County Sheriff’s Deputy was dispatched to a report of an individual walking in the roadway and located Bryon Childers, age 61, on Cumberland Avenue in the town of Strongs Prairie. Adams County Sheriff’s Deputy Jacob Bean, 6 years in law enforcement, was made aware of active felony warrants against Childers when he arrived on scene. Deputy Bean made contact with Childers, who then brandished a firearm. Deputy Bean discharged his firearm, striking Childers, who died at the scene.

A firearm was recovered at the scene and Deputy Bean was equipped with a body-worn camera.

Deputy Bean has been placed on administrative assignment, per department policy.

DCI is continuing to review evidence and determine the facts of this incident and will turn over investigative reports to the Adams County District Attorney when the investigation concludes. 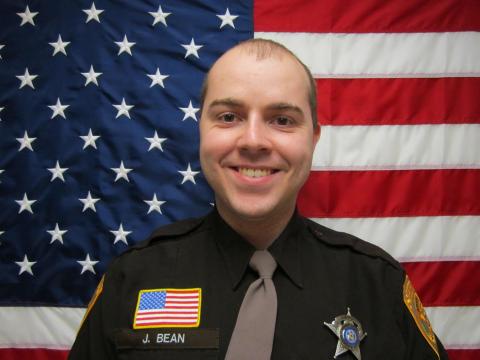