APPLETON, Wis. – The Wisconsin Department of Justice (DOJ) Division of Criminal Investigation (DCI) is investigating an officer involved critical incident (OICI) in the City of Appleton, Wis. that occurred on the evening of Friday, August 12, 2022.

At approximately 7:22 p.m., Appleton Police Department officers responded to a domestic disturbance call at a residence on the 1500 block of N. Birchwood Ave. in Appleton, Wis. Officers arrived and confronted Daniel Pesavento, age 29, who was armed with a handgun. Officers attempted negotiations with Pesavento. Officer Bryce Rudebeck, 5 years in law enforcement, and Officer Tony Shuman, 5 years in law enforcement, discharged their firearms, striking Pesavento. Pesavento was transported to a local hospital where he later died.

A firearm was recovered at the scene and police body camera footage and witness cell phone video footage captured parts of the incident.

Appleton Police Officers Rudebeck and Shuman have been placed on administrative leave, per department policy.

DCI is continuing to review evidence and determine the facts of this incident and will turn over investigative reports to the Outagamie County District Attorney when the investigation concludes. 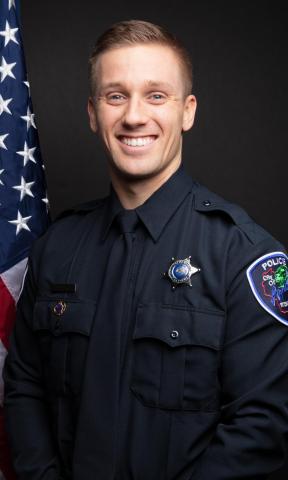